So, you’re a smoker, you’re thinking of ditching cigarettes for the obvious reasons, and maybe want to have a few different ways of enjoying your love of tobacco nonetheless. Maybe you tried vaping, and it just wasn’t for you. You need real tobacco. Well, there’s no such thing as a safe alternative to cigarettes that still involves tobacco, but it’s worth noting that cigarettes are probably the least-healthy way to smoke. You can’t believe the amount of crap they add to tobacco when making cigarettes.

There are other ways, of course. Cigars might be worse in a lot of ways, they produce the same permanent self-odor that cigarettes do, they produce a heavy amount of secondhand smoke, and they are awful harsh on the lungs. So what then? Pipe tobacco? Well that’s pleasant enough, and is portable enough to use on a smoke break. At home though, enjoy being a leisurely smoke with a pipe can be a nuisance. Keeping them lit is a bit of a task, and they require a lot of cleaning and maintenance. Plus, good pipe tobacco ain’t cheap!

A luxury hookah might be another thing worth considering.

What is a hookah?

Even if you’ve never heard the term before, you’ve seen a hookah and a movie. They are common props in adventure films where dusty, desert towns or exotic Middle Eastern locations are shown. Chamber devices with cabled mouthpieces, several men gathered around puffing idly on them.

Failing that, you watched the caterpillar enjoying his hookah in the animated rendition of Alice in Wonderland.

There are a vast array of types of hookah out there, but the most basic, general concept is a coal-fired smoking device, one that slowly burns a tobacco that’s closer to a paste than anything else, and communal smokers then draw the resulting smoke from the chamber. Some utilize water, not unlike a bong, while others have all manner of complicated workings to channel the smoke in unique ways.

Why are you recommending this to me?

While you might want to try a cheaper hookah before getting a luxury hookah, let me explain what smoking a hookah is really like. A pipe, cigarette or cigar has to be constantly pulled on, to stay lit. This produces a hot, somewhat harsh smoke in most cases, and means that you can never truly idly smoke, without either wasting your tobacco or having it go out on you.

With a hookah, the charcoal provides a steady source of heat, and so the tobacco both vaporizes and burns at a consistent, slow rate. Smoke is mostly trapped, meaning that you can idly puff on your hookah without it going out. You will waste little of it, provided you do smoke the tobacco before the charcoal is spent.

If you have friends who also smoke, you can introduce them to the communal hookah smoking that is often traditional in many parts of the world where this device is most popular. It’s a unique experience, and one that everyone is likely to enjoy.

With the right hookah accessories, you can flavor your tobacco, alter the nature of the smoke, even in fuse a small amount of alcohol in it, though the latter is certainly not a traditional implementation.

Without hookah accessories, the smoke produced by a hookah is probably best compared to moister pipe tobaccos, especially the cherry or barrel-aged varieties these be popular among many peoples dads.

It’s lighter than that, more aromatic, and it does tend to expand a little bit after inhaled, see gotta learn to take small puffs. Go to a smoke shop, look into some hookah accessories, to see if maybe they’ll even let you try out the luxury hookah they have on-site. See if you like the smoke, you might’ve found the best way to enjoy tobacco on your downtime. 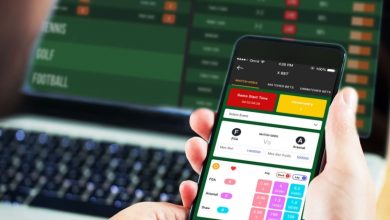 Eat and run verification: A Key to a Trusted Online Transaction